The Florida Grapefruit League has called Florida home for over 125 years. Each Spring, 15 MLB teams venture south from the cold up north to soak up the Florida sunshine and prepare for the season ahead. If  you want to catch a game this year you BETTER HURRY, as the season ends this month. 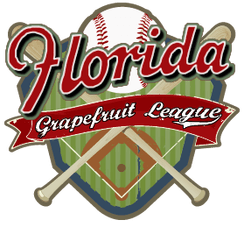 VINTAGE TAXI…..TAKE ME OUT TO THE BALL PARK

This Year, our Vintage Taxi customers had us to take them to many of the MLB Spring Training Games at various venues. But the most popular Taxi Ride was right here in Bradenton at Lecom Park to see the Pittsburgh Pirates take on the other 14 MLB teams.

Bradenton’s LECOM Park, built in 1922, is one of the oldest spring training stadiums in Florida’s Grapefruit League and has been home to spring training baseball since 1923.

The ballpark’s current tenant, the Pittsburgh Pirates, have called LECOM Park home since 1969. The Pirates and Bradenton celebrated their 40th anniversary together during the 2008 spring training season, which included an agreement between the City of Bradenton and the Pirates to continue this partnership for another 30 years